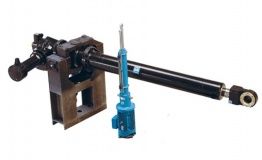 About 50 years now ADE-WERK GmbH produces spindle drive electric linear cylinders in special and customized versions. The extensive experience in this field of power transmission was the basis for the success of the ADE electric cylinder as a drive concept for sluice gates, bridges and weir systems. The first installations were commenced > 20 years ago. ADE-WERK is now market leader in the field of special cylinders for sluice gate technology and bridges.

The ADE electro cylinders are equipped with an integrated spring package for shock absorption of axial loads.

Lubricants cannot leak into the water due to the fully enclosed design and high-grade seals employed.

ADE electro mechanical actuators are deployed as drive for the lock paddles in the lock gates of Sluice Evergem:

The lock complex Evergem consists of two locks in the Belgian municipality of Evergem. The locks are used for passing inland vessels between the port of Gent, De Westerschelde, the Gent-Brugge canal and other waterways. A large part of the inland shipping goes through the Gent-Terneuzen canal, linking the port of Gent with the Westerschelde and the North Sea.

The moveable "Victoriebrug" above the North Holland Canal in Alkmaar, functions as a connection for slow traffic between the station area and "Overstad" downtown area in Alkmaar. The "Victoriebrug" is meant for cyclists and pedestrians. ATB Automation has supplied one of the largest electric actuators for waterworks delivered to date in the Benelux.

The visual continuous deck from bank to bank is characteristic for the "Victoriebrug", where the moving work is virtually invisible included in the deck structure. The middle part of the bridge is movable for shipping. The modest appearance does not reflect the technique, which lies behind the design. With holding forces of 2,223 kN (222 300 kg) and a stroke of 2100 mm, the bridge can tolerate serious forces.

The ADE electromechanical actuator is positioned directly above the water. This incurs some additional requirements. The piston rod has been equipped with a ceramic coating and IP68 seals with dirt and ice scrapers. The integral gearmotor includes a special water-resistant and acid-proof winding. In short, suitable for the desired service life of 50 years and with optimal protection against the Dutch climate.

From the Gooi-lake to the Markerlake there is a nice alternative waterway through the city of Almere. This route, called "The blue axis", passes through the lock in the Almere harbour, the canals and lakes in the city to the lock "De Blocq van Kuffeler" on the north side of Almere. In this waterway you also pass the renewed Krommewetering lock and the Beatrix lock.

Drives in the Beatrix lock Almere

ADE electro mechanical actuators are deployed as drive for the lock paddles in the lock gates of "Julianasluis" lock in Gouda:

The "Julianasluis" lock is a lock with roller doors between the Hollandsche IJssel and the Gouwe, west of Gouda. The waterway is CEMT class IV. The lock was built between 1932 and 1936.

The "Hoge Brug" in Vianen is a double drawbridge over the north part of the lock, built in 1886. The movement of the bridge was done by means of hydraulic cylinders. For maintenance and renovation the movement work has been replaced by the ADE electromechanical actuators, which fitted in the existing situation. The "Hoge brug" is now equipped with modern, maintenance-free, environmentally friendly (no hydraulics) and energy-efficient drives.

The Goejanverwellesluis is a lock with pointdoors. The lock is located between the Hollandsche IJssel and the Dubbele Wiericke in the township Goejanverwelle near that to Hekendorp located in the municipality Oudewater

The municipality Het Bildt is located in the province Friesland. At the seawall is the H. G. Miedema pumping station situated, which ensures the drainage of The Bildt into the Wadden Sea. The pumping station also has a fish ladder which is provided with a sliderdriven by an ADE electromechanical actuator.

A fish ladder creates a save passage for fishes, through a weir, lock or pumping station.

After renovation the 'Riensluis' sluice (built in 1957) in Lemmer (NL) is put into use again. The old wooden sluice gates were still hand operated. Now the drive of the new steel gates are equipped with ADE electromechanical actuators. Since there are no hydraulics applied, there are fewer risks for the environment.

The Poelsluis is a lock between Zaandam and De Poel (with the small towns Wormer, Jisp and Neck). The (wooden) lock built in 1630 was particularly important for Jisp and was widely used in the 17th century. Then in 1788 the lock was renewed with the greatest challenge to meet the costs. Even a wooden sluice was considered. The stone gate which eventually came, was 78 feet long and 16 1/2 feet wide. On the current lock is a bridge and also the pumping station Ceres.

The lock has been renovated preserving monumental appearance, with electromechanical lock paddle drives.

Sluice Leidschendam is a lock with point doors in the Rijn-Schie-Canal in the municipality Leidschendam-Voorburg. The waterway is CEMT Class IIa. The current gate was built between 1886 and 1888. The entire lock complex with two bridges is on the dutch monumental list since 1998. The lock was manual operated. In 2006 the sluice was completely renovated and modificated to an electrical operating system. In 2016 the lock paddles are equipped with ADE electromechanical actuators while maintaining its authentic look.

The history of the Oudewater lock goes back to 1334. The lock was renovated in 1995 and mechanized so the operation of the locks cost less manpower. In 2016, again the sluice was renovated and re-equipped with drive-systems allowing boaters to operate the lock themselfs. The lock in Oudewater is provided with ADE electro-mechanical actuators, for the movement of the doors as well for the lock paddles.

The Lock "Tussensluis" (Krommewetering) is an important lock for shipping traffic in Almere. The lock is part of the route of "The Blue Axis". From Almere Haven this lock unlocks the routes to the "Noorderplassen", "Hoge Vaart" and the "Markermeer". To handle the shipping traffic better and make the route more attractive, the physical capacity of the lock has tripled in 2015.

The Orange Locks are a complex of screen locks in the IJ. A fish passage is a hydraulic engineering work of art whose purpose is to give fish access to a hinterland that has become inaccessible through a lock.

With the ADE cylinder MSK-50 a slider is operated which creates a lure stream for the fish in the water. This allows the fish to pass the lock easily. With this environmentally friendly cylinder we help the fish to have a better life. In particular for the small glass eel and three-spined barley. With this we contribute to animal friendliness.

The Oranjebrug in Vreeswijk is located in the extension of the Koninginnenlaan. The bridge was put into use on March 16, 1957. Parts of the bridge have been damaged by concrete rot and have therefore recently been renewed. The installation of the bridge has also been modernized.

The ADE cylinder MSK-20 is being used as a locking drive of a bridge deck. The locking drive ensures that the bridge deck is locked and does not rise due to external factors such as vibrations and shocks due to traffic, windfall etc.

The piston rod has a ceramic – electrically non-conductive – coating and the cylinder is painted in accordance with DIN EN ISO 12944-2, C5-M Im2 (the highest climate class) to withstand all atmospheric influences around the bridge.

The Tram bridge in Edam is a drawbridge dating from 1921. The renovation work, while retaining its historic appearance, was completed in 2020. During the renovation, this bridge is equipped with a low-maintenance and environmentally friendly electromechanical ADE cylinder. 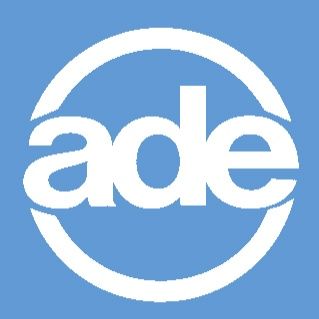 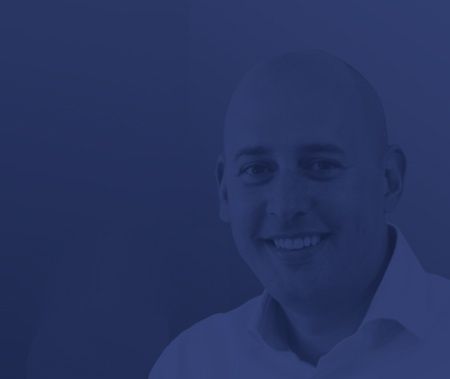