On April 25th, all colleagues of ATB Automation said goodbye to Roland Schoonjans. With a tour boat we sailed through the port of Antwerp and after...

The growth within ATB Automation is in an upward trend. Since February 1st we have found two new colleagues who have been added to the ATB Automation...

Since November 1st we have a new colleague at ATB Automation in Mijdrecht. Karel Keers works as an application engineer and would like to introduce...

At the Estun Sales Conference on December 8, 2017, ATB Automation received prizes. Henry Le Noble received the award after a presentation of a 4-axis...

Before a bicycle is sold, there are a lot of tests to ensure the safety of a bicycle. BKL Engineering has been working on a testing machine for...

As of July 1st 2017 ATB Automation has taken over Bönnekamp B.V. This company which is established in Maarn has developed itself as a specialist in...

On June 7th, all colleagues of ATB Automation said goodbye to Sarah Op de Beeck. After a friendly welcome with coffee and cake we visited Papiermolen...

On the 14th and 15th of June you can find ATB Automation on stand 164 on the Vision, Robotics & Motion trade fair. This fair is being held in the NH... 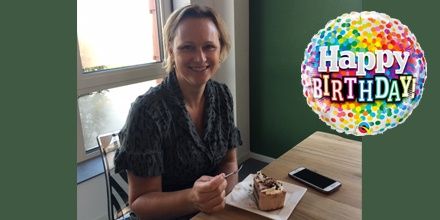