Vätternrundan race - for the real cyclists

Finally the time had come, after a two-year delay, the Vätternrundan 2022 was now going ahead. A bike ride of 315 km for the real cycling enthusiast, and that's me! In the preceding weeks before the run, I prepared the bicycles for transport together with my Dutch fellow Indutraders and sent them to Sweden, to depart from Schiphol to Gothenburg myself on June 16. Arrived there directly to our Indutrade sister company Alnab where our bicycles were. Together we mounted and prepared our bicycles for the trip, after which we got to know the other 20 non-Scandinavian fellow cyclists during dinner in the hotel in Göteborg.

The next day after breakfast we went by bus to the next Indutrade company; Atlas Industrial Print in Motala, which is also the start of the Tocht. After a ride of 4 hours, quickly unload the bikes to collect our starting ticket and taste the atmosphere in Motala.

Still a few hours to go, real rest is not really possible anymore. Everyone suffers from a healthy tension, partly due to the uncertain weather forecasts. Keeping it dry won't work, but will it be a few splashes or will it rain?

Friday, June 17, 10:04 PM. There we are. Ready at the start of the Vätternrundan 2022. With 315 km, the largest midsummer bike tour there is. 24,000 participants of which 58 this year Indutraders from Sweden, Finland, Germany, Ireland, England and the Netherlands. It's a big party in Motala. But less than 15 minutes after the start the rain comes, for 5 hours. Not just a little bit as hoped, but with buckets from the sky. We also encounter wind force 4/5. The harsh weather conditions immediately started to take its toll on several participants. Lights that went out, navigation systems that faltered and even the German Indutrade colleague who was cycling next to me at the time was blown completely off the road and into the verge by a gust of wind. Luckily he didn't fall, but it did give him a flat tire. This jointly repaired in the dark, in all kinds of wind and weather, so that we could continue cycling quickly. Partly because of this, I lost track of my Dutch cycling colleagues, and I decided to stay with the Germans.

After more than 5 hours it finally stopped raining and it slowly started to get light. Driving further on rolling Swedish roads, encouraged by the crowd standing here and there along the route, the occasional drink and snack for the necessary new energy, consuming at one of the well-groomed stopping places, after more than 200 kilometers After cycling, the sun is finally shining. On this part of the route we slowly started to enjoy ourselves, knowing that the part with the most and steepest climbs was yet to come. But even this did not stop us so that we could drive back into Motala around 12.30 pm.

After having been on the road for 14 hours, of which more than 12 hours had been cycling, having been soaking wet in the rain, defying headwinds, and having worked ourselves toilously over the hills. Made new friends, fell in love with the landscape, and enjoyed every kilometer.

I am very proud of myself for completing this very tough journey. An experience made possible by Indutrade and ATB. One to never forget. 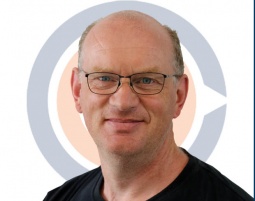