The Netherlands keeps dry feet thanks to ADE Electromecanical Cylinders

At the end of 2016 ATB Automation received the order to supply electromechanical cylinders from ADE Werk. This concerns a total of 12 cylinders for 3 dams/spillways in the Nederrijn and Lek at Hagestein, Amerongen and Driel under the management of Rijkswaterstaat. The steering ensemble regulates the water level for the river transport and contributes to adequate drinking water.

The electromechanical cylinder of ADE is designed to regulate the 2 by 2,5 meter big shuffle of the rinsing sewer. The function of the rinsing sewer is to completely clean the base plate of the vizor slide of mud before the warp can be closed safely.

Before the order was given numerous specifications have been repeated, including the proper preservation such as a NBD10300 coating on the cylinder bar, position of the axle pin, speed, power, etc. The next requirement of the client was that all these specifications had to be checked before deleivery in the so-called FAT demand, also called the Factory Aproval Test.

On our way to ADE

Together with my experienced colleague Robert Vermoolen I went to ADE Werk in Offenburg for the FAT demand. Almost every day I keep in touch with my German colleagues and different relations to work well in both technical and commercial levels. Despite the existing knowledge at ATB Automation and the open and informal communication with ADE Werk, there is nothing better than personal contactand seeing the production process with your own eyes.

After a 7-hour drive we arrived early in the afternoon, the day before the FAT demand in Offenburg, nearby the beautiful town of Durbach. This afternoon I was able to see the production process with my own eyes, to personally meet my German colleagues and also discuss all the details fort he next day.

During the preliminary discussion I noticed that my two German colleagues had everything under control. The so-called German ‘Grundlichkeit’. After a number of general issues that had passed the revue we went to the first two cylinders with the script to review all control points. Robert and I could soon conclude that everything was settled tot he last detail.

It was already 17.15 hours and meanwhile Mr. E. Raats (representing Knook Staal) and Mr. P. de Keizer (on behalf of Rijkswaterstaat) arrived at the Hotel Restaurant engel, near Offenburg. At 18.30 hours we arranged a nice dinner with everyone. Robert and I had to check in into the same hotel. We immediately got a warm welcome from mister Engel, owner and chef. We let our German colleagues advise us and almost everyone chose the asparagus in different variations. The wine selection was done by the mechanics specialist, he appeared to be an ADE vinologist. He recommended us a local wine from Durbach. About 10 minutes away there is a very good wine region.

The chef appeared to be a little too enthusiastic and let his wife do two more rounds with the saucepan fors ome extra aspargus, ham or pancakes. He had prepared a delicious meal, so everyone ate more than they intended.

It was the day to judge the electromechanical cylinders of ADE. After a warm welcome and an introduction Mr. E Raats and Mr. P. de Keizer got the opportunity to ask some questions before the FAT demand. In the meetingroom they could see a miniature model which showed the complete operation of the ADE cylinder including the construction of the sewers and scraper.

Afterwards we received a tour in the factory on the departments incoming goods, production, showroom and assembly. We also saw a 25-year-old cylinder that was sent to ADE at the request of a customer. The good condition of this cylinder made a lot of impression at everyone. We weren’t able to enter the spraying shop because this room was in use at the time.

In the showroom one could see how the big 1 meter open-cut cylinder housing fits together. The following points could be seen very well:

A number of key points for the client at the FAT demand were:

During the FAT demand both gentlemen received an explanation of the operation of the Auma motor and mounting of the bar head. In particular the last point is important for a proper alignment.

After extensive measurements and inspections both electromechanical cylinders have come through the FAT demand.

We lunched together and said goodbye to each other. But we couldn’t go home without following the advice of our ‘vinologist’, taking a bottle of Durbach wine back home. He gave us the address where we could buy a delicious Weisser Burgunder from 2016. After following up that advice we continued our route home with a stop at Heidelberg at the Neckar to see some working electromechanical cylinders of ADE Werk. This is a lock with two swirls of 109,7 x 12,0 meter, one of the projects that ADE Werk delivered for the Bundesambt (German Department of Public Works). 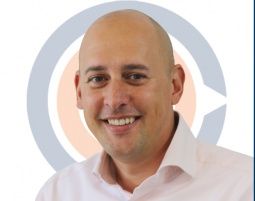 Rico Godfried is manager mechanics engineering at ATB Automation. With his specialty, he provides technical support and guidance in the sales process for, amongst others, the products of Torriani, Rosta, Stöber, Tandler, Weiss and Pfaff.