The nineteenth-century lock in Leidschendam, in the Rijn-Schie canal between Voorschoten and The Hague, has been on the monument list since 1998. The (mechanical) drives of the lock gates and lock paddles were at the end of their life span. The caretaker of the Sluis Leidschendam, Province of South Holland, has replaced the old drives during major maintenance in 2016.[1] The cultural historical value of the lock was to be fully maintained. While conserving this monumental status, the lock paddles of the mitre gates were equipped with six new high quality, maintenance free and environmentally friendly ADE-Werk MSK20 electromechanical actuators.

The renovation has been achieved in close cooperation with various parties, including ATB Automation, Province of South Holland, Slangen Staal, Royalhaskong/DHV and Monuments Committee. Thanks to this collaboration we managed to still retain the full monumental character of the lock using the latest techniques.

In medieval times 'The Vliet' was an important connection between the river the 'Oude Rijn' and the 'Maas'. The lock is located approximately where formerly the Vliet was dammed. From 1281 to 1648 part of the border between the district water boards 'Rijnland' and 'Delfland' was a portage, only after a lock was built. The dam and the lock were and are necessary due to the difference in water level between the two water boards: Delfland now has a NAP level of & ndash; 0.43m and Rijnland maintains a NAP level of & ndash; 0,62m in winter and NAP & ndash; 0 , 59m in the summer. Up until the formation of the municipality of Leidschendam in 1938, one bank housed the municipality Veur and the other Stompwijk.[2]

The current lock is built between 1886 and 1888. Until 2006 the lock and accompanying bridges were controlled manually. During the renovation in 2006, the operating machanism of the lock gates and paddles were automated. Each year about 12,000 recreational vessels pass the lock in Leidschendam. The lock is an important key to save and smooth flow of the shipping traffic on the Rijn-Schie Canal. 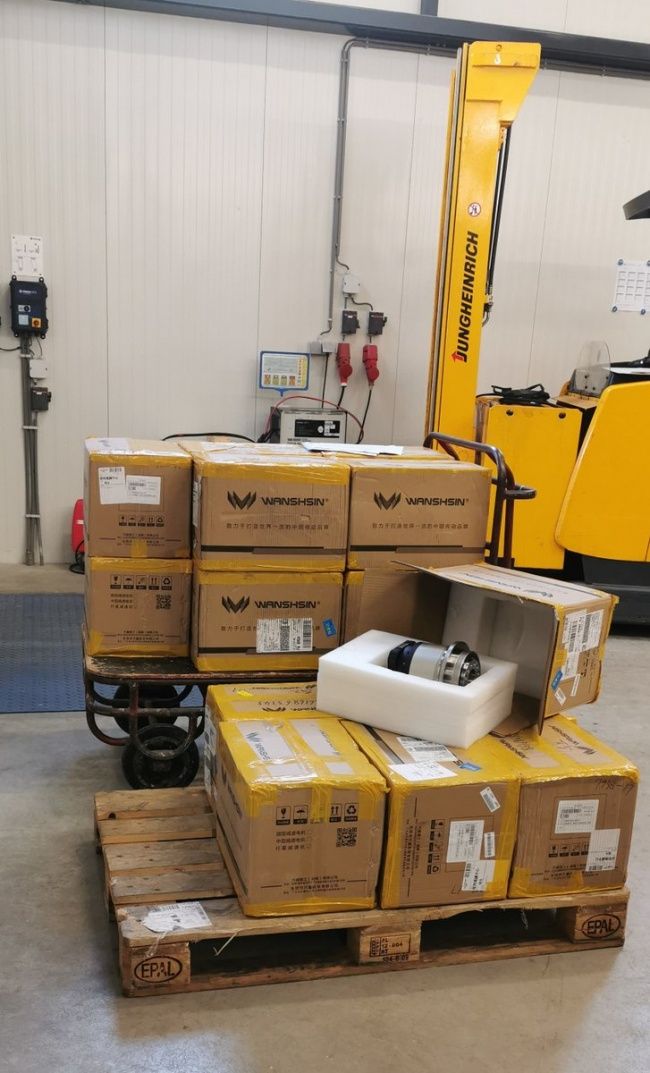