The birth of a new product: the lean motor

At the end of October I went to the International Technical Meeting of Stöber in Pforzheim (Germany) together with three of my colleagues of ATB Automation. An anual event where the technicians of the Stöber sales offices from around the world exchange ideas with the developers of  Stöber Pforzheim. This technical meeting is being held since 2012 to present the new Stöber developments, but also to share wishes, applications and experiences from the market with the Stöber developers.

ATB Automation is not a Stöber establishment, but because of the relationship of many years and experience with Stöber electronics and motion control applications, we are honored to joint his Stöber event every year.

After our arrival on Sunday evening we met our American colleague when we walked towards the sports café Palm Beach. While enjoying a “Hefeweizen” we reminisced from previous meetings while we could see how Max Verstappen climbed from the 16th to the 3rd place on the big screens (later it turned out to be the 4th place). Always nice to have Dutch success when you are in a international society.

Monday morning at breakfast it was of course one party of recognition with the other colleagues we meet every year. After breakfast we went tot he Stöber office for the first presentations. Last year the main focus was on the SI6 controller (single and double-axis modules) with a central power supply. Now the SC6 was being introduced with integrated rectifier. This drive controller is especially interesting for applications up to 4 axis, because a separate power module can be saved.

After an explanation of the new heavier versions SI6 controller (2x20A and 40A) and an example of a Profinet application (TiA Portal project) for all generations 6 controllers the new safety option board SE6 was being introduced for the SD6 servo controller. We received a detailed explanation about the possibilities of, among other things,the SLS (Safe Limit Speed) where the use of the standard EnDAT 2.2 encoders can be maintained. With the Stöber SLS solution no concessions have to be made for the encoder resolution with EnDAT 2.1 encoders and an extra encoder isn’t necessary to achieve SLS with safety level PLe. Besides SLS there were many more safety functions that could be set up via the PASmotion software of Pilz which is integrated in the Stöber DriveControl Suite software from version 6.3A. I was glad that I just completed a training at Pilz to follow this technical explanation. In the evening we all went out to dinner, where of course the experiences of the first day were discussed.

The development of the lean motor

After lunch we got an explanation about the one cable solution with Hiperface DSL encoders in the EZ motors that are now available for the SI6 and SC6 controllers.

However, the most spectacular new development still had to come. There was already a little thing revealed during the explanation of the SC6 controller. But now the complete background for the develoment of the lean motor was being explained.

By constantly tightening the efficiency standards (IE2 and IE3) of three-phase motors in Europe and especially in America, but also by the decline in sales of  asynchronous motors in general, Stöber started an investigation 4 years ago. In this investigation they looked at the possibilities of a simple but efficient motor that would at least equal the performance of a three-phase motor. Günter Grossmann, developer of Stöber EZ servo motors, showed a sketch of Patrick Stöber in which the basic idea of the lean motor was elaborated.

Lean means to realize a maximum value for the customer with as little waste as possible. So only keep the needed things fort he drive and preferably the positioning of an motor. We were taken into the toughts and considerations of the Stöber developers to save the encoder and yet, even at low speed, find a possibility to link the position of the motor axis back to the controller. The SC6 was initially intended to drive the lean motor, but later they decided to keep this universal fort he 6th generation controllers.

Stöber was able to develop a new kind of motor. A synchronous motor with permanent magnets without feedback with the performance of a three-phase motor with encoder feedback with a resolution of 1024 pulses per revolution. The lean motor is therefore located between a three-phase motor and a servo motor. Ideal for applications with speed control where lower encoder resolution and referencing when switching is not a problem.

The main difference with the already existing Sensorless servo principle is that the position is even guaranteed at low speeds. It is nice tob e able to witness the birth of such a new product.

The last day was spent on the new functions in the DriveControl Suite, the setup software of the generation 6 controllers. The addition of safety functions with PASmotion software of Pil zand testing the electronic positioning coupling between two axles of the SI6 double axis module. It is also possible to define a virtual axis to which both axis of the SI6 double axis module can be linked in position. 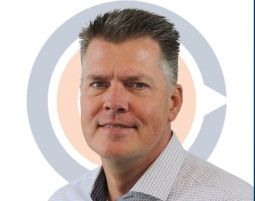 Peter Hamersma has been working at ATB Automation since 2001, starting as a software engineer. Peter is responsible for supervising the motion control projects of ATB Automation and, as a specialist in servo drives and motion controllers, he is also responsible for system integration. With more than 25 years of experience in the field of servo systems and the motion controllers of Trio Motion Technology, Peter is one of the most experienced specialists in the Benelux.