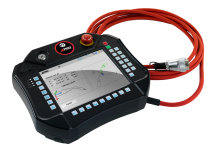 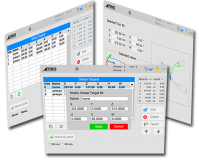 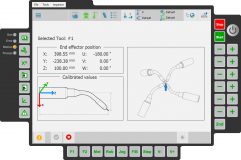 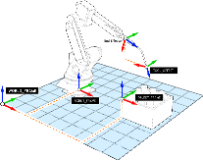 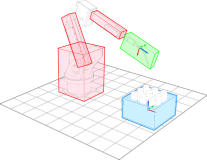 Use the flexibility of the Trio motion controllers and free choice for selection of gears, motors and drives for controlling one or more robots for your application. The GTAs are defined in a coordinate system of your choice:

The RPS Kinematics converts the axis coordinates of the servomotors to this World, Robot, Object and Tool coordinates. Using the jog functions of the Trio Teach Programming System (TPS) in the Teach Pendant, the GTA's can be defined in the different coordinate systems. For the correct definition of the RPS Kinematics, the Trio Teach Programming System offers the Robot Definitions window and Tool calibration window in MotionPerfect and in the Teach Pendant. The data for Collision Detection can also be included here. Trio MotionPerfect also has a 3D Visualization Tool in which the mechanical construction of the robot can be imported and the movement of the components can be linked to the axes of the motion controller. Using the 3D Visualization Tool in MotionPerfect, the programmer can test his design before the mechanical construction of the robot is ready. The Robot Programming System of Trio Motion Technology makes it possible to define and control a robot with the 6th generation Trio Motion Controllers for movements with linear and circular interpolations with or without rounding of corners and/or synchronous movement of moving objects. 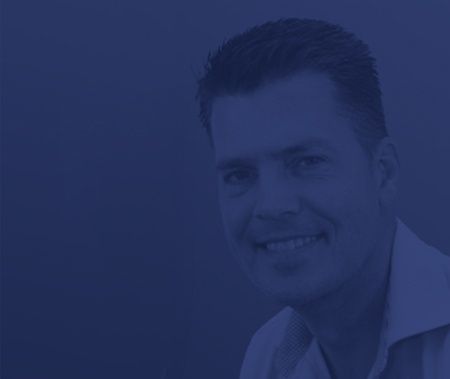 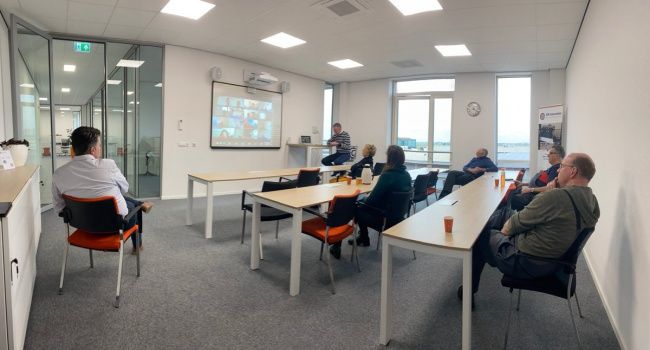